NIGERIA AT 56, THE HOUSING DEBACLE! 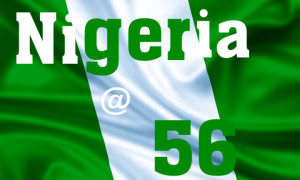 Today, 1st October 2016, this country, Nigeria attains the age of 56 as an independent nation having been granted full independence on the 1st of October, 1960. If there is any sector that has suffered neglect most in these 56 years, it is the housing sector! There was little or nothing to write about our state of housing at independence but we cannot be said to be better today. Except for one or two regimes, successive governments have always treated housing as a non – important subject. Our colonial masters who ruled us before independence could not care about housing for the public. They merely concentrated on provision of staff quarters for senior civil servants who were British in exclusive areas called Government Residential Areas (GRA). Our brothers who took over from them at independence merely continued with same practice. They moved to the houses vacated by the colonial masters and forgot the people  they governed. Hence for several years, there was no public housing schemes for the common man. Ironically, the British government that ruled us during these colonial years was involved in massive housing schemes in their own country through local council flats!

The very first attempt at building public housing estates did not come until the Bubonic plague which ravaged part of central Lagos which was highly decaying due to overpopulation and lack of facilities. This forced the government then to establish the Lagos Executive Development Board (LEDB) to look after the housing and planning problems of the Lagos city. Not much was known about the activities of the LEDB until 1951 when it started the Lagos slum clearance scheme. The need for resettlement of the people to be displaced by the scheme led to the creation of new housing estates in Surulere. This was the first conscious effort of government to provide housing for the populace even though it emanated from health issues!

Mortgage finance is the bedrock of any housing provision scheme. Here again, our government has not done enough. The colonial government set up the Nigeria Building Society (NBS) in 1956 in conjunction with the commonwealth Corporation. This was transformed to the Federal Mortgage Bank (FMBN) in 1973 when government acquired 100% interest in the NBS. During the Babangida regime, the National Housing Fund (NHF) was established to collect money from workers for the mortagage sector. Unfortunately, its implementation has left much to be desired. The Jonathan regime came up with the idea of the Mortgage Refinance Company of Nigeria (MRCN) but the effect is yet to be felt. As at today, housing purchase remains a “cash and carry “matter which is not the practice in civilized parts of the word. It is infact one of the reasons why corruption will be difficult to stop in Nigeria.

Over the years, the Federal government did not see housing as a social responsibility of government until the preparation of the 3rd National Development Plan. I had mentioned earlier the establishment of the LEDB, on the creation of Lagos State; the body was transferred to Lagos State which merged it with Epe and Ikeja Area planning Authorities to form the Lagos State Development and property Corporation (LSDPC).

There was therefore no other organ to carry out housing schemes at the Federal, level. However, in 1972, a National council on Housing (NCH) was inaugurated to coordinate the housing programmes of the Federal government all over the country. In that year, the federal government embarked on the construction of 54,000 housing units throughout the country. 10,000 of these were to be constructed in Lagos State being where the problems of housing were most acute.  The NCH was the body responsible for the execution of the programme.

In 1973, the Federal Housing Authority (FHA) was established to replace the council. The first and perhaps most important assignment of the FHA was the construction of the Festac Town. The name was derived from the fact that participants at the festival of arts and culture were accommodated there before the houses were allocated to the public. It was a gigantic and very ambitious project but was abandoned half way. As at today, part of the land acquired for the scheme are still undeveloped. The FHA went further to build more houses at the satellite town in Lagos and some in Maitama and Asokoro in Abuja.

That body would have made very significant impact on housing provision in Nigeria if it had sustained the tempo. Unfortunately, I do not know of any estate built by the FHA in the last 17years of the  civilian regime!

The Shagari regime embarked on a very bold and ambitious housing scheme of building houses in all local government headquarters of the country. However, the programme was marred with politics and corruption as the contracts were given to political supporters who have no experience in construction! Many of them saw the money given them as reward for their political support. All the same, it was a laudable move, some of the estates built then are occupied by many families who would have been homeless today even though many of them had to complete the houses at their own expenses. If successive regimes had followed that example, we would have been better today as far as housing is concerned.

On the other hand, some of the state governments through their housing corporations made some sporadic efforts at housing provision in their respective states. But these are just like a drop of water into the ocean.  However, kudos must be given to the Lagos state government of Ahaji Lateef Jakande. Through the LSDPC, the State built low and medium income estates all over the state like in Ijeh, Iponri, Abule – Nla, Amuwo – Odofin, Ojokoro, Abesan, Iba, Ijaiye, Ogba, Ogudu, Omole, Alapere, Ebute Metta, Dolphin, Ikeja, Lekki, Ikorodu, Badagry and Epe. However because of the influx of people to the state, these houses have not in any way been able to stem the housing shortage in Lagos. This is particularly so because the tempo of construction that we saw between the years 1980 to 1995 has not been sustained. Just like the FHA, you will have to ask several people today to know where LSDPC is having its current or next housing estate!

All said and done, the housing situation   in the nation continues to paint a grim picture. Even without any accurate data or statistics, there is evidence of housing shortage everywhere especially in the cities. This is manifested in high rents, overcrowding, slums and shanties. Many people sleep under over – head bridges while some live in squalid abodes good only for pigs! There doesn’t appear to be any light at the end of the tunnel as far as the housing problem is concerned as there are no indications that government is ready to take the bull by the horn especially in the light of our current economic situation! The current minister in charge of housing has promised us the construction of houses all over the country I however doubt if this will be possible in the light of the economic recession!

As I have demonstrated  above, successive governments, both at Federal and state levels, have continued to show less and less interest in the housing sector. As we speak, most state governments do not have any ministry for housing! Yet our population is increasing daily in geometric progression while the provision of housing is increasing (mainly through private investments) at an arithmetic progression! To redress this trend, there is the need for government to accept housing as a social responsibility and therefore make budgetary allocations in the same way as they allocate to health education, works, sports etc. Housing is no less important as these sectors.

The private sector has been trying but the high cost of building materials have always affected the number of units they can produce. The Federal Government must do something in this regard. Custom and Excise duties on building materials can be waived to bring down the cost. Special grants or low interest loans can be given to local building materials manufacturers to enable them produce more and at lower costs.

The problem of easy acquisition of land created mainly by the Land Use Act (LUA) need to be examined. Several areas of the LUA need amendment but this cannot be done easily as the Act has become part of the constitution. Our request therefore is to remove the LUA from the constitution to make it amenable to amendments.

Availability of mortgage at affordable interest rate is the only way to make housing available to the populace. Government must address this issue so that people can have access to housing without stealing to buy.

Government must also look into several legal and regulatory impediments to mass production of houses. Getting approved building plan is still a herculean task in several states, to obtain government consent after acquisition of land can be a nightmare! Discriminatory laws and taxes that discourage investment in housing should be removed to encourage the private sector that had been the supplier of houses over the years to continue.